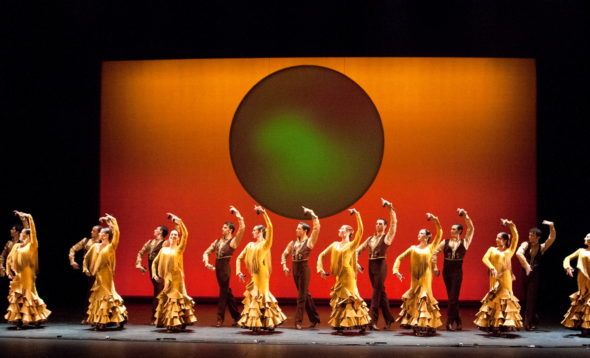 Eva Yerbabuena, Jesús Carmona, Carmen Linares, Arcángel, Marina Heredia, Dorantes, Chano Domínguez, Rosalía & Raül Refree, Niño de Elche or the Ballet Nacional de España, directed by Antonio Najarro, are just a few of the artists and companies that will take part in this XV edition, opening their art to the dialogues between flamenco and other musical languages and cultures.

This year, with the Flamenco Eñe program created by the SGAE Foundation, Flamenco Festival also offers a glimpse of some of the most adventurous musical mixes in the flamenco scene, hosted by The Joe’s Pub at The Public and Roulette in New York.

During its 15th edition in NYC, Flamenco Festival will celebrate 18 years of taking ‘jondo’ art to the US, promoting the culture of dialogue through the exchange of flamenco with jazz and world music. For another year, renowned venues such as Carnegie Hall, NY City Center or Lincoln Center will host this annual rendezvous with flamenco that has already featured many of Spain’s most important artists.

Highlights of the Flamenco Festival USA 2018 include:

Without any doubt, this festival has become one of the foremost Spanish cultural events outside Spain. The New York Times called the Flamenco Festival “one of the biggest dance events in New York City” and Newsday called it “one of New York City’s most important events.”

Flamenco, and particularly its dance, the most recognizable Spanish artistic expression abroad, will be again featured in a festival that will tour North America during the month of March. A total of 41 concerts will be presented, 24 of them hosted by eight different venues in New York, and 17 will be shown across the US (Miami, Boston, Atlanta, Los Angeles, San Francisco, Irvine, Portland), and in Montreal, Canada.