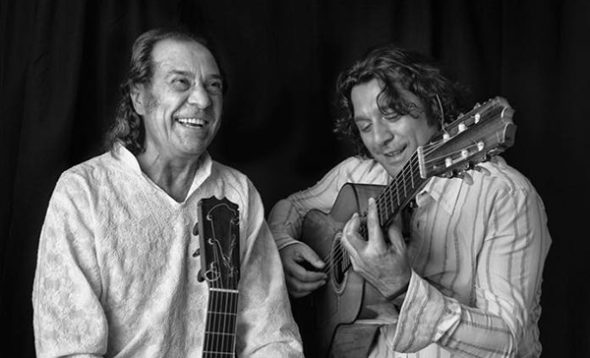 Flamenco Festival New York 2018 faces its final week promoting dialogues between flamenco and other cultures, such as the closing night, on Saturday 24th at The Town Hall, with the encounter of two Legendary Musical Dynasties: the Habichuelas, featuring Pepe Habichuela, Josemi Carmona, Javier Colina, Bandolero, Kiki Morente (son of Enrique Morente) and Alba Heredia, and the O’Farrills, featuring Grammy-winning Arturo O’Farrill and his son Adam.

And finally, the iconic Joe’s Pub at the Public will also host unorthodox performances ofvirtuoso musicians that melt flamenco and other styles, such as ‘cantaora’ and guitar player duo Naike and Paquete (Con nombre de mujer, on Thursday) and amazing guitarist Daniel Casares (Picassares, on Saturday), both shows also part of Fundación SGAE’s series Flamenco Eñe, and the New York city debut of the sensational new flamenco duo Rosalía and Raül Refree (Los Angeles, on Friday).

We are the most important platform for flamenco worldwide

130
Artists
59
Theatres
1.6 M
Spectators
The New York Times
One of the year's biggest dance events in New York City
The Independent
Sadler's Wells has struck gold with its annual season of flamenco