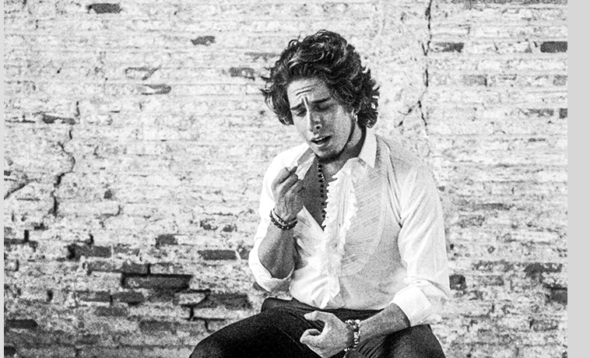 During these two decades, at Flamenco Festival New York we have enjoyed the best flamenco artists. But we have also seen the birth and growth of new promises that, today, represent the future of this art.

In this twenty edition of Flamenco Festival we will receive, for the first time in New York, a group of young artists, heirs of the tradition, that preserve their roots as they move along their own paths. This is the case of three young values ​​that are part of the ‘Flamenco Eñe’ sessions (with the collaboration of the SGAE Foundation): Singer Rancapino Chico, who belongs to a long flamenco dynasty that goes back several generations, will present For my love of art; guitarist José del Tomate, youngest of the Festival panel in 2020, son of the legendary Tomatito, who presents his first album, Plaza Vieja; Kiki Morente, son of Enrique Morente and trained on stage accompanying his sister Estrella for years, will offer a recital inspired by his debut album, Albayzín.

On the other hand, María Terremoto, a descendant of the Jerez saga of great artists of cante, who owns a style full of integrity and sobriety, repeats in the capital of the US East Coast alone. In addition to offering a recital at the Instituto Cervantes, María Terremoto will be the main voice in the Andalusian Gala of this edition, directed by the dancer and choreographer Manuel Liñán.

130
Artists
67
Theatres
+1.6 M
Spectators
ABC
The month of February has become the 'jondo' month in New York
The New York Times
One of the year's biggest dance events in New York City