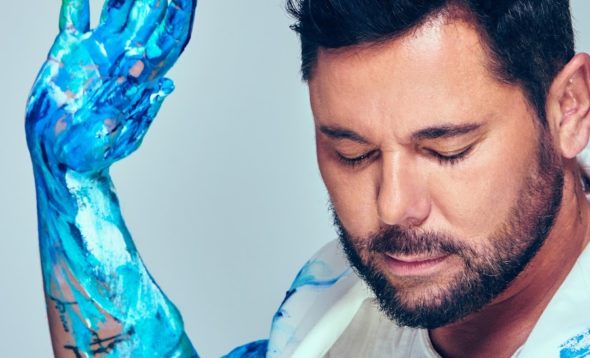 The Catalan artist will thrill the audience of the Big Apple with ‘In Concert’, kicking off this very special edition of Flamenco Festival

“The intensity of Poveda’s singing draws you in, even without a knowledge of Spanish”— Evening Standard

The long awaited and special return of Flamenco Festival New York will take place on 7 and 8 April, when Miguel Poveda will present In Concert at the emblematic Skirball Center for the Performing Arts in Manhattan, two essential dates to celebrate the festival’s 20th anniversary.

It is the first time that Poveda performs in New York with his own show, an event that, based on his career and the praise that he receives in each and every one of his concerts, will thrill the audiences in this long awaited return of Flamenco Festival to the Big Apple, one of its most beloved venues.

Considered a genius in his native Spain, superstar Miguel Poveda’s nuanced and soulful voice is unrivaled in the world of flamenco. He possesses a strong technique and a charming presence on stage making each of his concerts a unique musical event, “singing like no one you will have heard before” (Graham Watts).

With In Concert, the Catalan artist takes the audience on a tour of the traditional musical forms of flamenco. From the more cheerful malagueñas and alegrías to the more sorrowful seguirillas and soleás, all the while sharing his personal connection to the music with a spontaneity that ensures a completely exceptional performance.

On April 6, Miguel Poveda already participated in Meet The Artist, an interview with NYU faculty and students led by Pepa Anastasio (Professor of Literature and Cultural Studies at Hofstra University) that took place at King Juan Carlos I of Spain Center.

130
Artists
64
Theatres
+1.6 M
Spectators
Newsday
One of New York's City's most important events
Dance Tabs
Rarely have I witnessed a prolonged standing ovation midway through a show but it happened here