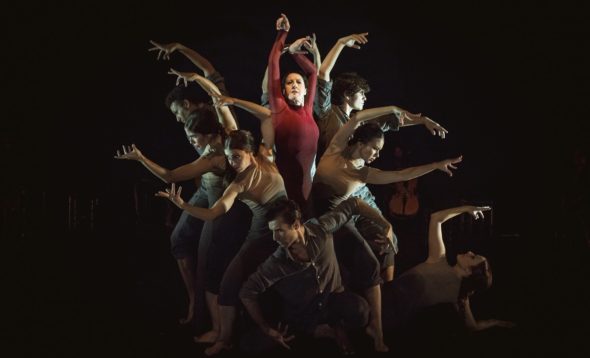 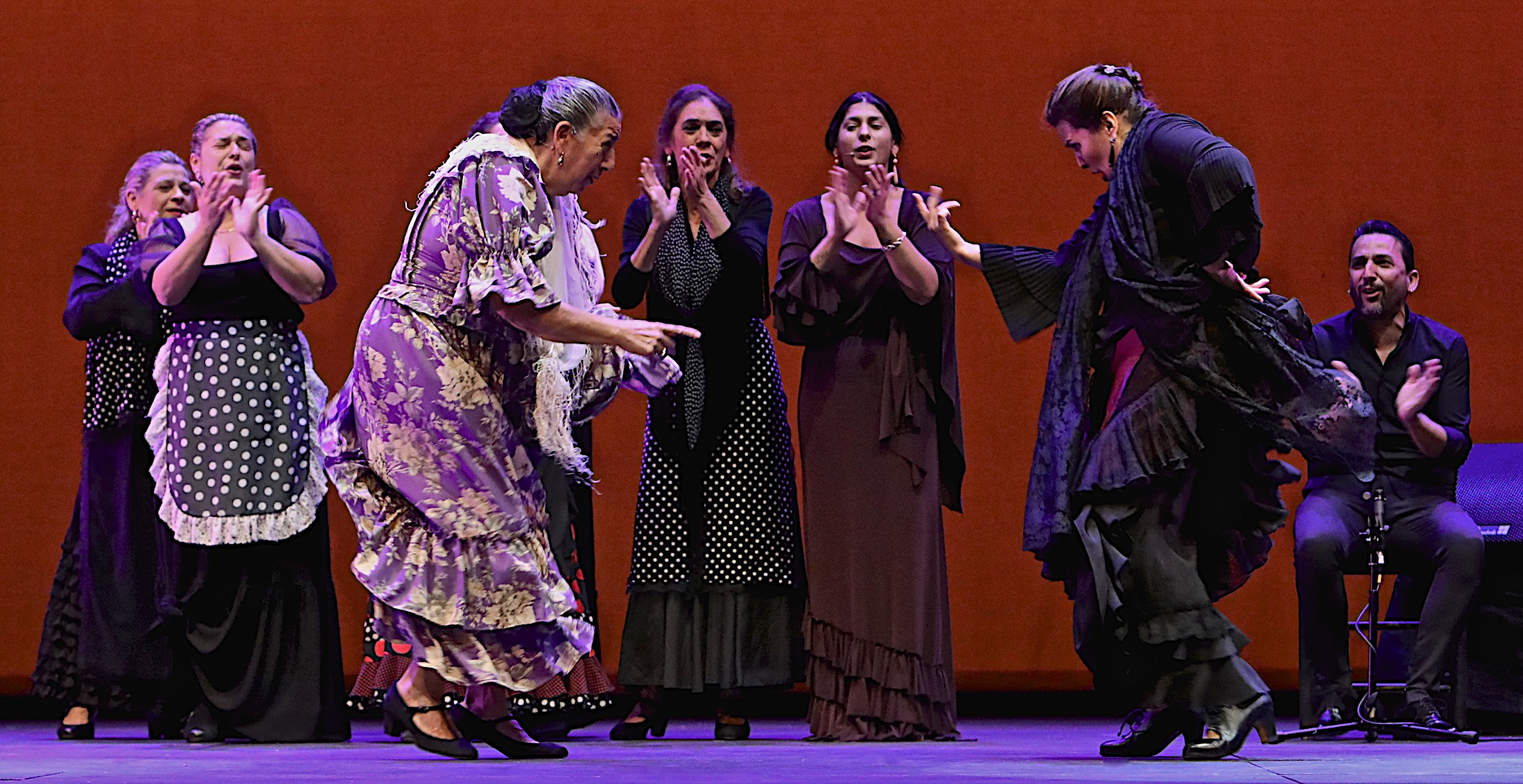 After a first week of success in the main performing arts venues in London, with shows such as “¡VIVA!” by Cía. Manuel Liñán, “Mujeres de Cal y Cante” by Cía. María del Mar Moreno, or “Named Body” by Paula Comitre, among many others, the 17th edition of Flamenco Festival London faces its final stretch with a wide offer of activities and performances at the emblematic Sadler’s Wells Theatre, as well as at the headquarters of the Instituto Cervantes in Manchester and London. 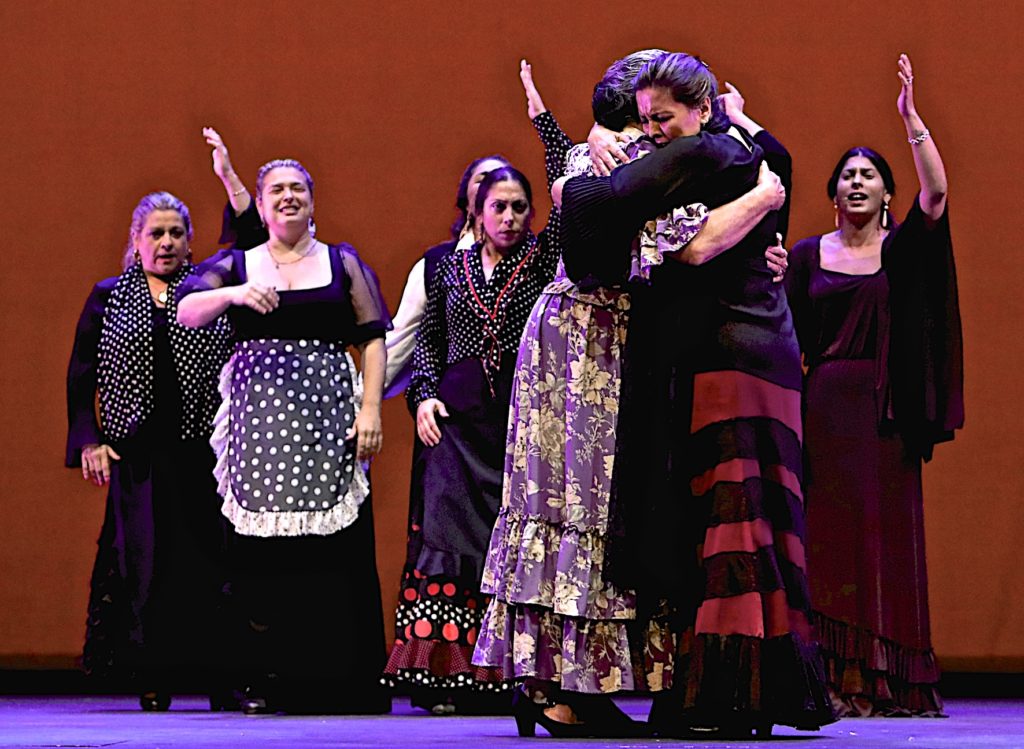 Lineage, renovation, transgression, and reflection in the second week of Flamenco Festival London.

Until next Saturday 2 July, Flamenco Fesrtival London proposes a week that brings together key artists who are defining the current flamenco scene. Names such as Tomatito, María Pagés, Jesús Carmona, Rocío Márquez & Bronquio, El Yiyo, Paula Comitre and Los Voluble will present works in London that broaden the horizons of flamenco, updating its forms and codes, by the incorporation of new themes, from flamenco women’s vindication to the celebration of sexual diversity.

“The Jump” by Jesús Carmona:

An exploration of masculinity in the 21st century. 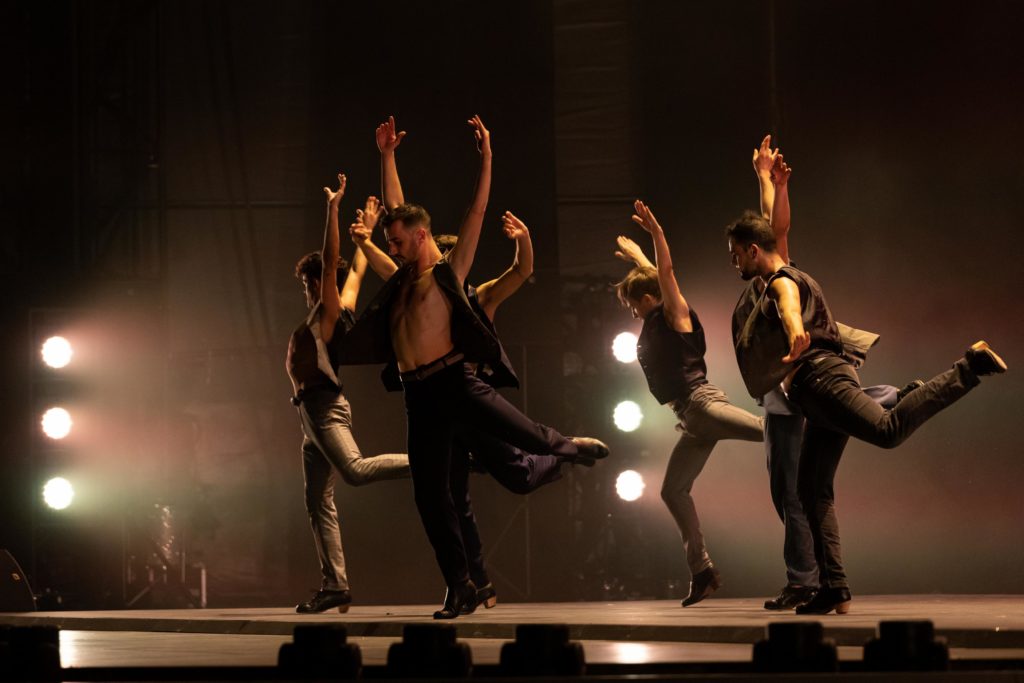 Challenging the themes traditionally associated with flamenco and adding to them others such as acceptance and sexual diversity, or breaking stereotypes about gender identity, the bailaor Jesús Carmona captivated the public with “The Jump”, yesterday Tuesday 28 at Sadler’s Wells. This production was developed during an “In Progress” artistic residency, and it is a co-production with Sadler’s Wells and the Bienal de Flamenco of Seville. “The Jump” explores art’s ability to affect personal growth, as Carmona looks at his own journey around masculinity in the 21st century, and Londoners will be able to enjoy it again today Wednesday 29 at Sadler’s Wells Theatre.

Tomatito: the master of the Spanish guitar offers a concert at Sadler’s Wells. 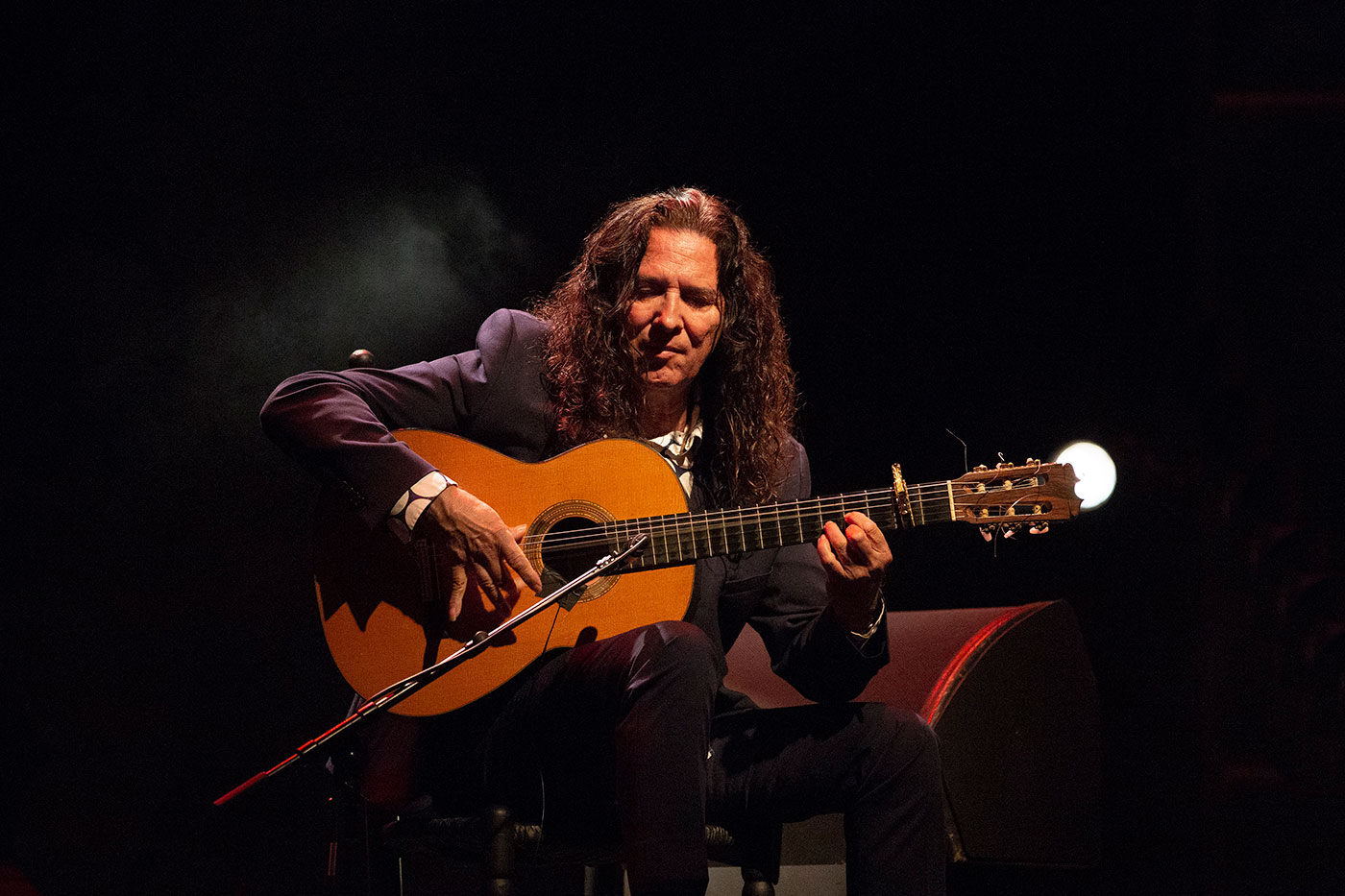 Flamenco Festival London wants to highlight the value of tradition and lineage in the flamenco of our time, recognising the precedents that have been set by leading figures and sagas such as Tomatito, one of the first flamenco artists to experience the opening of this art form by Camarón and Paco de Lucía. The artist from Almeria, one of the most important solo guitarist in the field of flamenco guitar, will show off his mastery in a unique concert on Thursday 30 June at Sadler’s Wells Theatre.

Paula Comitre will present the result of her “In Progress” artistic residency at Sadler’s Wells.

From 25 June until Thursday 30, Flamenco Festival’s artistic residency programme “In Progress” has hosted the artist Paula Comitre, one of the most promising artists in today’s flamenco, who has already captivated British audiences with her work “Named Body”, last weekend at Rich Mix London and at the Instituto Cervantes in Manchester. 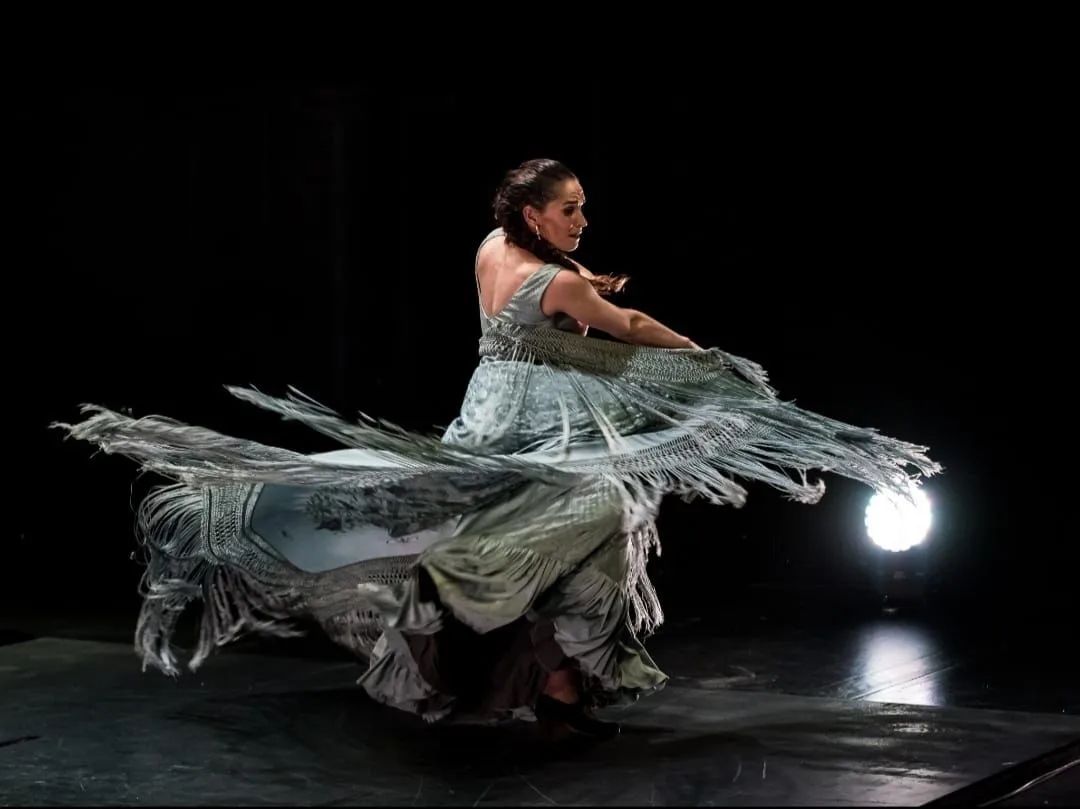 Paula Comitre, awarded Best Emerging Artist in 2020 at both the Festival de Jerez and Bienal de Flamenco de Sevilla, has been working with multi-instrumentalist Sabio Janiac and the artist Ivan Bavcevic to create new flamenco sounds that will undoubtedly surprise London audiences on the night of Friday 1 July at the Lilian Baylis Studio at Sadler’s Wells, where the artistic trio will share the results of their artistic residency in a showcase of elegance and energy.

El Yiyo: among the new promises of the “Generation Z” of flamenco.

Flamenco Festival 2022 is giving voice to the “Generation Z” of flamenco, that group of artists born in the second half of the nineties, such as Ángeles Toledano, Paula Comitre, El Yiyo, Yerai Cortés or Daniel Ramos & Víctor Martín, who are changing their approach to flamenco, defining the future of this art from new perspectives, taking risks with other genres such as electronica. 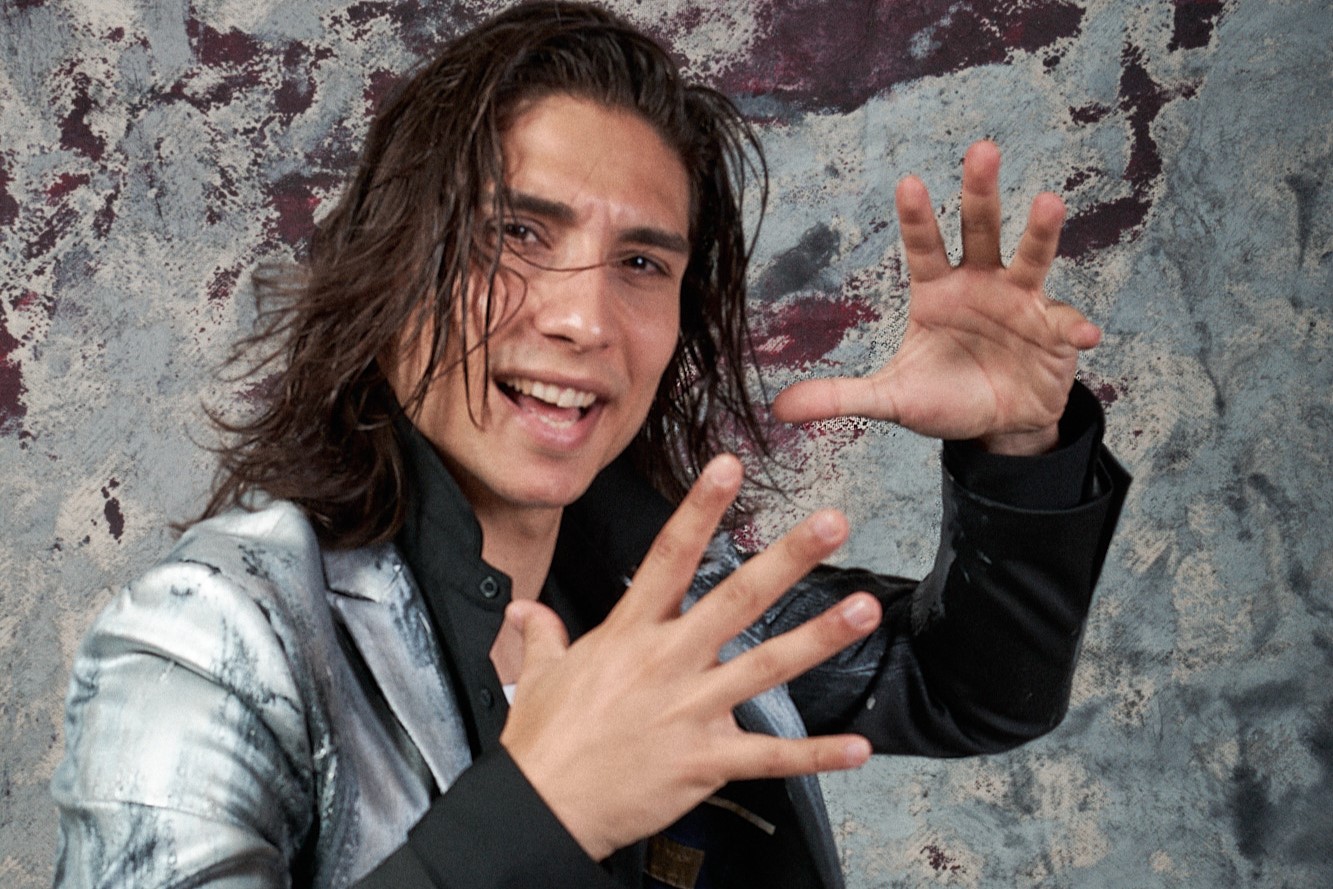 After last week’s successful dates, El Yiyo will present “El Yiyo & Su Troupe” at Lilian Baylis, a show in which he transcends genres and explores new sounds, expression without limits and a world of fantasy. Joined by a troupe of artists, El Yiyo will bring his charisma, authenticity and passion to create a flamenco show that will surprise Londoners on the evening of Friday 1 July, at Sadler’s Wells. In addition, a day later, El Yiyo will give the last of the three masterclasses that Flamenco Festival has organised for its 2022 edition at Studio 5 at Sadler’s Wells.

María Pagés will captivate the audience with an allegory about memory and the passage of time. 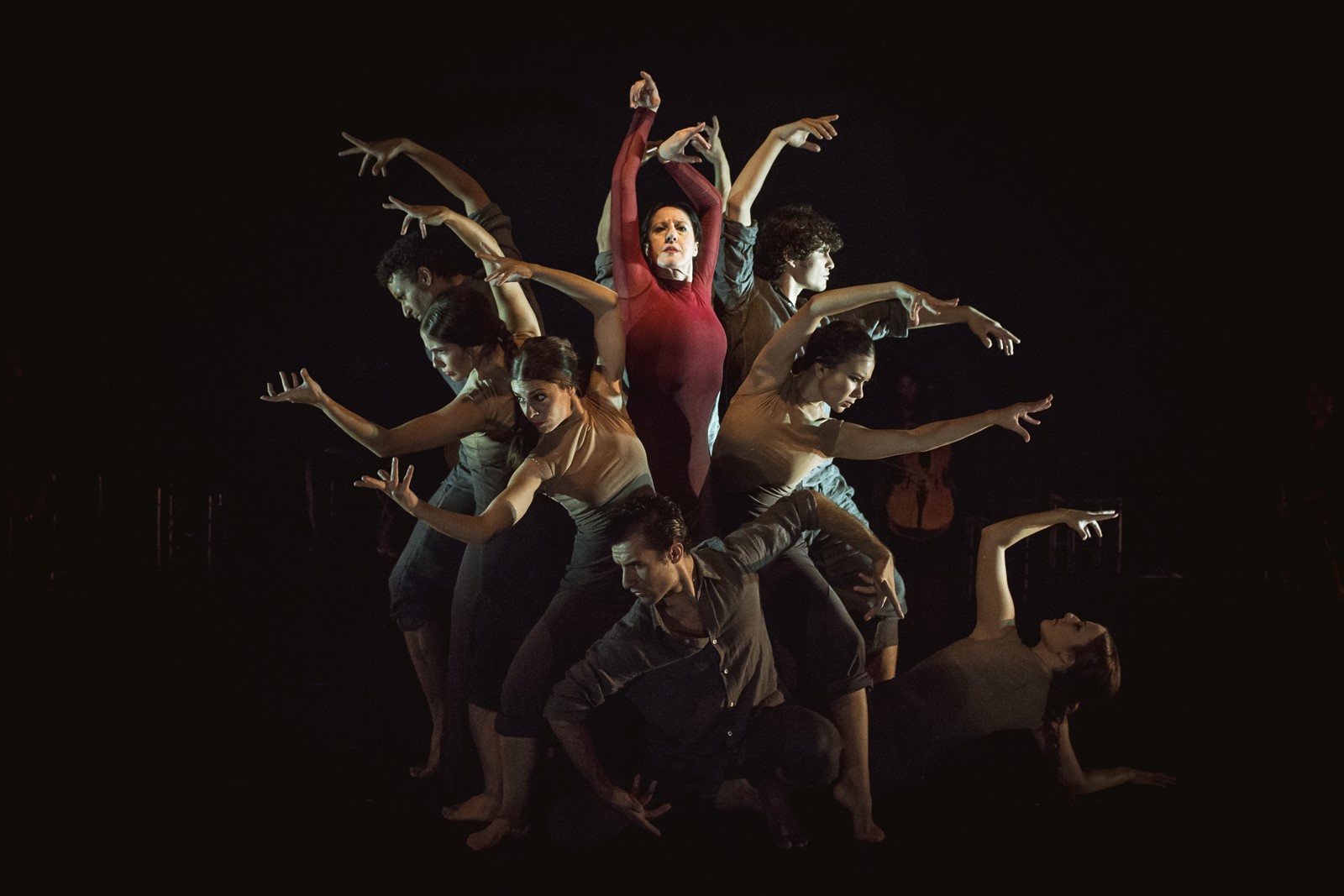 María Pagés, winner of the National Dance Award, Gold Medal for Merit in Fine Arts and recently recognised with the Princess of Asturias Award, comes with her dance company to Sadler’s Wells thanks to Flamenco Festival with “An Ode to Time”, on 1 and 2 July. Accompanied by eight dancers and a delicate original score, the versatile bailaora and choreographer, one of the most important figures on the current flamenco scene, looks at the chance of happiness in uncertain times and the nature of time itself in this incisive choreography, that draws from a variety of flamenco styles and inspirations.

From Flamenco Festival’s artistic laboratories to the Lilian Baylis Studio. 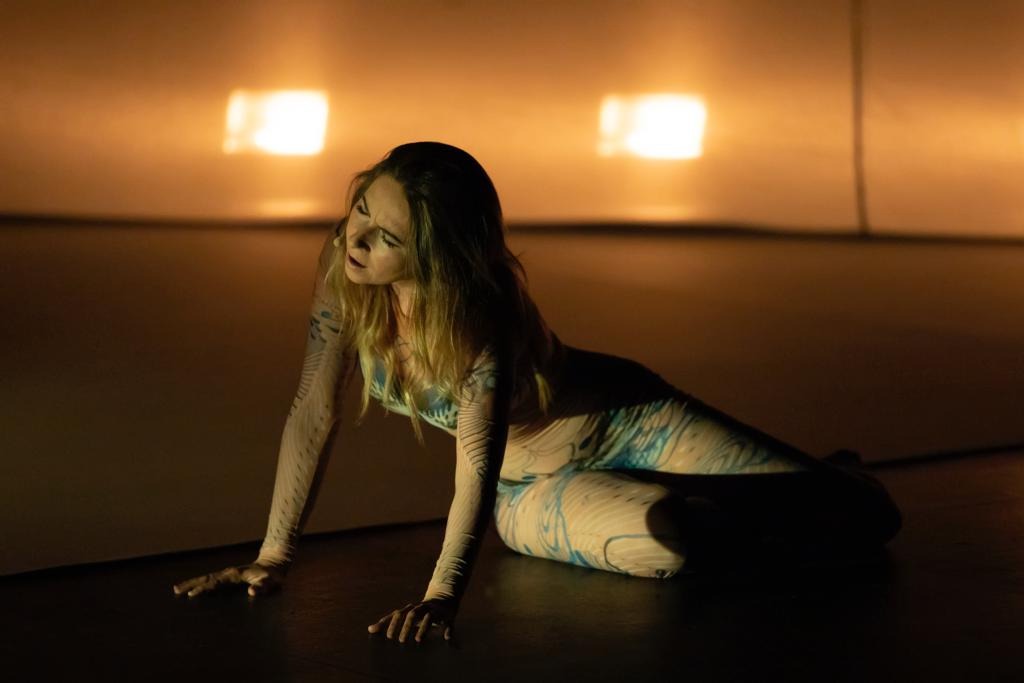 On 2 July, Rocío Márquez and Bronquio will bring to the stage of the Lilian Baylis Studio an unique and original concert of their last project “Third Heaven”, a work developed in their “In Progress” artistic residency, in Torrox (Málaga). “Third Heaven” is the result of a profound creative process in which both artists have allowed themselves to explore the intermediate zone between the known/unknown, and tradition/creation. The common language they find moves beyond the confines of musical genres and is projected with a contemporary scenic view, expanding our understanding 21st century flamenco.

“Flamenco Is Not a Crime”:

A reflection on cultural appropriation through electronic music and flamenco. 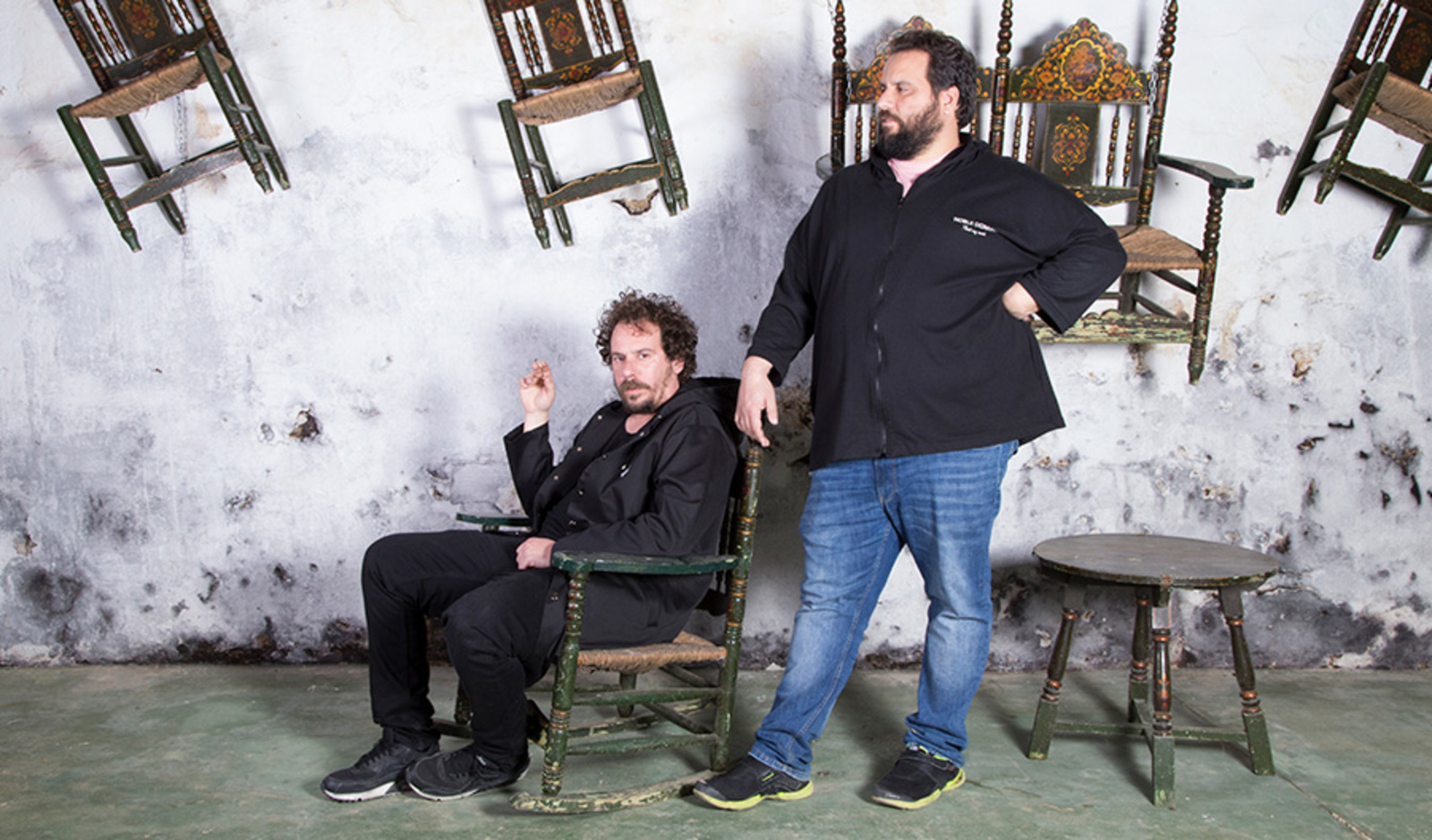 Los Voluble, composed by the brothers and DJs Pedro and Benito Jiménez, will bring a flamenco and dance music party to the stage of the Lilian Baylis Studio, with “Flamenco Is Not A Crime”, on 2 July, in a final celebration of Flamenco Festival 2022. The artists will blend grime, gqom, dub, and reggaeton with projections inspired by the Free Party Is Not A Crime movement, to perform a musical experimentation that will raise critical questions about cultural appropriation, the tradition and purity of flamenco and the new languages and codes of this art form.

Flamenco Festival London and the World Flamenco Congress of the Instituto Cervantes put the spotlight on the new generations of flamenco.

Within the framework of the World Flamenco Congress organised by the Instituto Cervantes and also with an eye on the young promises of flamenco, their concerns and perspectives, the Instituto Cervantes London will host the talk “Generation Z, a new way of understanding flamenco”, by the cultural journalist specialising in flamenco Luis Ybarra, tomorrow Wednesday 29 June, which can be heard again one day later at the Instituto Cervantes Manchester, on Thursday 30 at the same time (6 pm).

21 performances over 12 days in more than 6 venues, make Flamenco Festival London 2022 the largest flamenco festival organised in the United Kingdom. 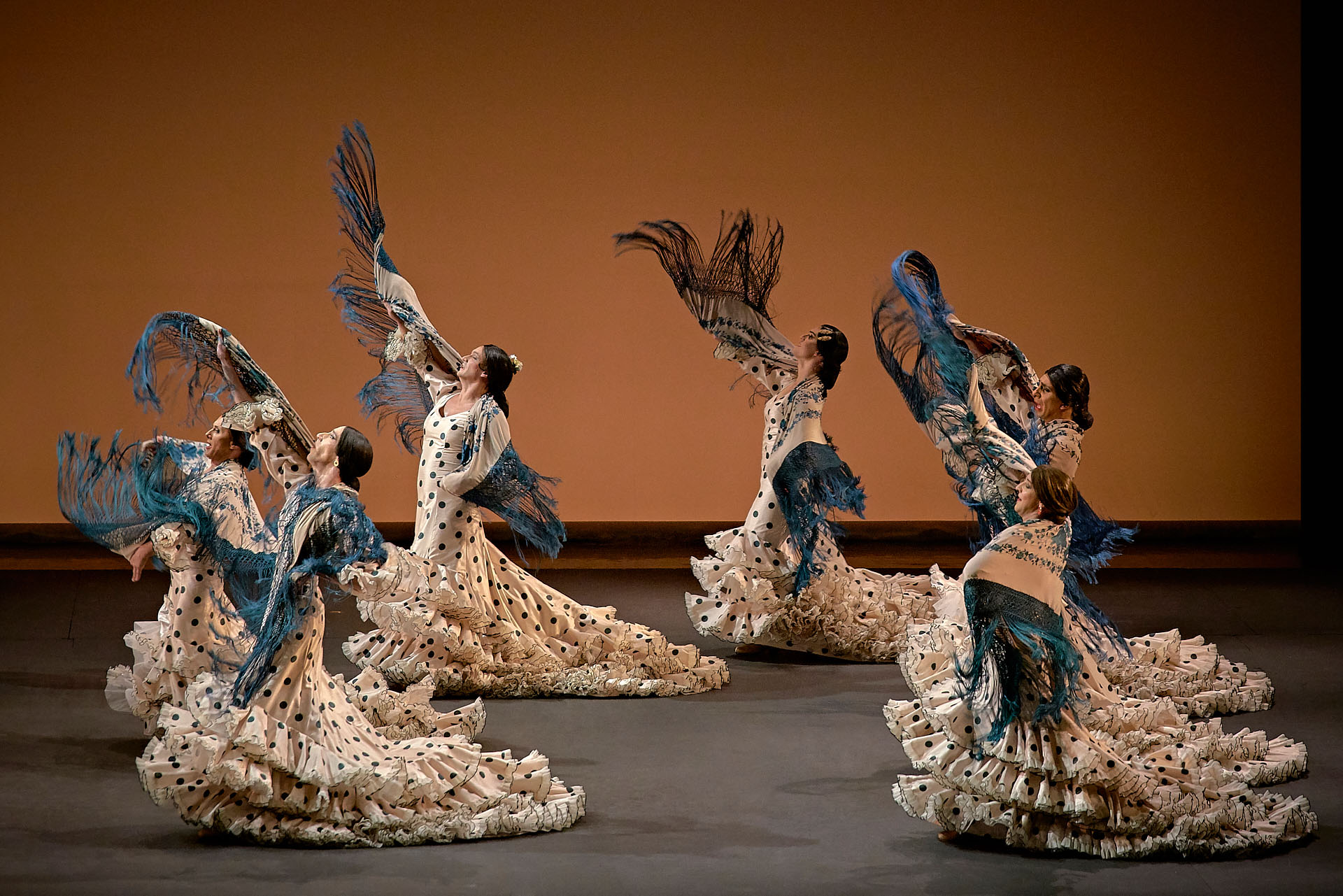 Flamenco Festival London 2022 is a project of the Sadler’s Wells Theatre, Flamenco Festival, and the Cervantes Theatre in London. It is supported by the Instituto Nacional de Artes Escénicas y de la Música del Ministerio de Cultura y Deporte del Gobierno de España, the Instituto Cervantes as part of its World Flamenco Congress, and Jerez City Council (Cádiz) and Acción Cultural Española, through the Programa para la Internacionalización de la Cultura Española (PICE). It also has the collaboration of Huelva City Council, the Andalusian Agency of Cultural Institutions of the Department of Culture and Historical Heritage of the Andalusian Regional Government and Murcia City Council.

130
Artists
67
Theatres
+1.6 M
Spectators
Dance Tabs
Rarely have I witnessed a prolonged standing ovation midway through a show but it happened here
Newsday
One of New York's City's most important events