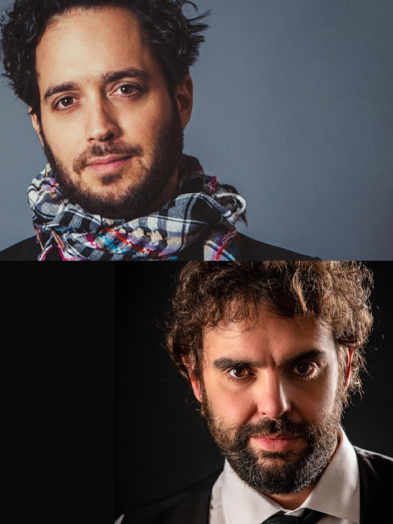 Dani de Morón is one of the most acclaimed flamenco guitarists of recent decades. He began playing the guitar in the Sevillian village of Morón de la Frontera, where Diego del Gastor established a strong guitar tradition. Forged in the accompaniment to the dance in the academy of the trianera teacher Matilde Coral and to the singing together with the most important cantaores/as and bailaores/as of the current flamenco panorama has been habitual companion of artists of the stature of José Mercé, Antonio Canales, Manuela Carrasco, Joaquín Grilo, Arcángel, Concha Buika or Paco de Lucía himself – with whom he toured the album “Cositas Buenas” – when the maestro noticed the virtuous qualities of the young guitarist, which would catapult him definitively to the first international line of the contemporary guitar.

“Since his arrival in New York in 2005, Israeli guitarist Yotam Silberstein has made an impact on the scene with his precision bebop lines and fleet-fingered improvisations.” – JazzTimes

Yotam Silberstein has toured as a leader in major clubs and jazz festivals in Europe, Japan, South America, Asia and the US and has received high praise for his performances. Having performed with the world’s premier talent, Yotam has honed his craft with precision, finesse and the innate artistic touch. The latest statement from guitar virtuoso Yotam Silberstein, Future Memories, is an impeccably crafted take on contemporary jazz from a longtime denizen of the Brooklyn scene, one that showcases his instrumental virtuosity through a combination of original compositions and interpretations of Brazilian choro.