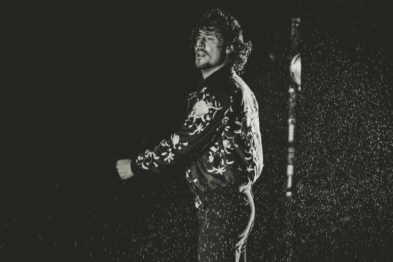 Born in Barcelona in 1985, Jesús Carmona began his dance training at age seven. He graduated with a degree in Spanish Dance and Flamenco from the Institute of Theatre and Dance of Barcelona in 2004.

Carmona   made   his   professional debut at   the   Teatro   Zorrilla in Barcelona   at age 16. Since then, he has worked with diverse companies such as the Ballet Nacional de España as first dancer, Nuevo Ballet Español, Carmen Cortes, El Guito, and Antonio Canales, amongst others. Carmona’s technique, style and art have been well received by the critics.

Carmona won the prestigious First Dance Award at the 52nd Festival de cante de las Minas de la Union 2012, the “First Outstanding Dancer” in the XX Flamenco and   Spanish   dance   Contest   2011, and the 3rd prize for choreography in the competition Nou Barris in 2001.”

Carmona’s     desire     to    showcase    his personal side and pave his way into the arts led him to leave the National Ballet of Spain and embark on a new adventure in “Black and white crib”. The show was a critical and audience   success at the Bienal de Sevilla 2012, Madrid en Danza 2012 and Festival de Jerez 2013. . In 2014 he presented 7 Balcones, the second production with his own company. In this same year he participated in tribute-to Carmen Amaya La Capitana presented at the National Theatre of Catalonia alongside Rocío Molina, Mayte Martín and Ramón Oller. He was principal dancer alongside Antonio Canales, Karime Amaya and Carlos Rodríguez at the Flamenco Festival Gala Flamenca, touring around the world and obtaining great reviews from press and audience. The Miami Nuevo Herald said: “2014 will be in our memories as the year that Jesús Carmona visited Miami”.

In 2015 he premiered his third production, called Impetus’s  (“bursting with energy”). A piece of it was presented successfully in the 2015 Fall for Dance Festival at New York City Center. He also presented in Miami and Los Angeles in 2017. In January 2018, he created Camino for the famous Corral de la Moreria (Madrid). After a successful tour in London and the United States with Impetu’s, Jesús Carmona presented Amator in April.