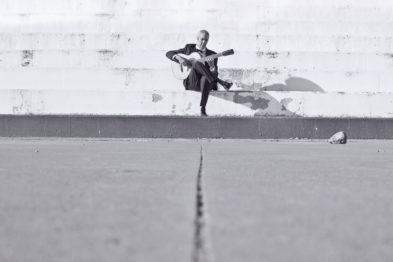 Miguel Ángel Cortés, one of the most respected and acclaimed guitarists in recent decades, is renowned for his powerful and evocative renditions of contemporary flamenco.

Miguel Ángel Cortés was born in Granada. He descends from a long line of flamenco guitar players. Therefore, it can hardly be called a wonder that Miguel Ángel is continuing this tradition. With eight-year-old he got to know the world of flamenco through the famous Sacramonte Zambra. In 1986 already, he started working as an accompanist for great dancers such as Mariquilla, Manolete, Antonio Canales, Javier Barón and Juan Andrés Maya. With these stars, he completed several tours throughout Europe, the Middle East, the U.S. and Japan. Furthermore, he also made an early start in accompanying the greatest Cante Flamenco figures, as there are Jose de la Tomasa, José Merce, Chano Lobato, Luis Heredia “El Polaco”, Morenito de Illora and Estrella Morente. In 1990 he started working with singer Carmen Linares.

In 1994 he won the first Premio del Certamen de Guitarra Paco de Lucia. In 1995, he collaborated on the recording of the “Omega” CD by and with Enrique Morente. Since then, he has often been invited for recordings, e.g. by Estrella Morente, El Polaco and Paco Cortés.

His solo work shows prove an extraordinary refinement and sensitivity on the field of classical guitar play, but also combined with a meticulous search for new forms of music.

Although he has on many occasions proven to be an excellent solo guitar player, he still collected the majority of his fame in being one of the greatest contemporary guitar players for accompaniment of singers. The fact that he recently has been sharing the stage with the biggest stars from the Cante proves this fact. Artists such as Estrella Morente, Carmen Linares, Arcángel, Miguel Poveda, Esperanza Fernandez or Rocío Márquez have all been known to call on his exceptional talent.

Miguel Ángel Cortés is definitely an artist who has already been through an immense evolution, but who also gives proof of a persistent artistic growth. A virtuoso who still faces a long and promising career.