Flamenco Festival London will host the young artist Paula Comitre together with the Polish multi-instrumentalist Sabio Janiak, and the artistic accompaniment of Ivan Bavcevic, within its “In Progress” programme at Sadler’s Wells Theatre. The artists will develop an artistic residency from 25 to 30 June at Sadler’s Wells Theatre, one of the reference centres for the performing arts in Europe, and for years, the main venue of Flamenco Festival London. 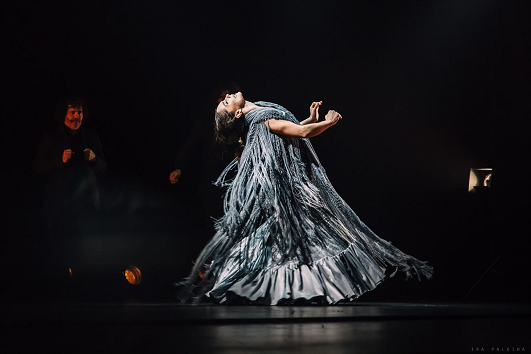 After her week-long artistic residency at Sadler’s Wells, the dancer Paula Comitre will offer a “Residency Sharing”, on Friday 1 July, at 6 pm, at Lilian Baylis Studio, which condenses the results obtained after her creative laboratory. A display of elegance and energy through the dance of this artist who is already one of the greatest talents in contemporary flamenco, having been awarded Best Emerging Artist in 2020, both at the Festival de Jerez and the Bienal de Flamenco de Sevilla.

In addition, as part of the programme of the 17th edition of Flamenco Festival London, Paula Comitre will present “Cuerpo Nombrado” in two dates on 25 June (7.30 pm) at Rich Mix and on 26 June (7.30 pm) at the Instituto Cervantes Manchester. 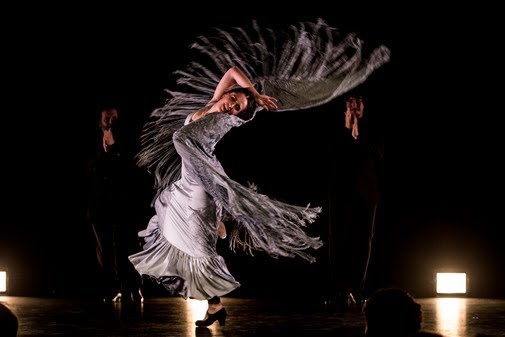 Cuerpo Nombrado (Named Body) is a dance suite, an alternation of different dances, united by the elegance and grace of the dancer’s performance, who literally performs on an open stage. In this way, there is nothing to distract from Paula’s dance: no embellishments, no additional elements. All the attention is focused on the dance, on its character, its form, its dynamics. The dance flows with freedom, the boundaries are separated, and the action unfolds as if it were outside the walls of the theatre. All metamorphoses and transformations take place in front of the audience. It is a female dance on an open stage, with the accompaniment of Juan Campallo (guitar) and Miguel Ortega (vocals). 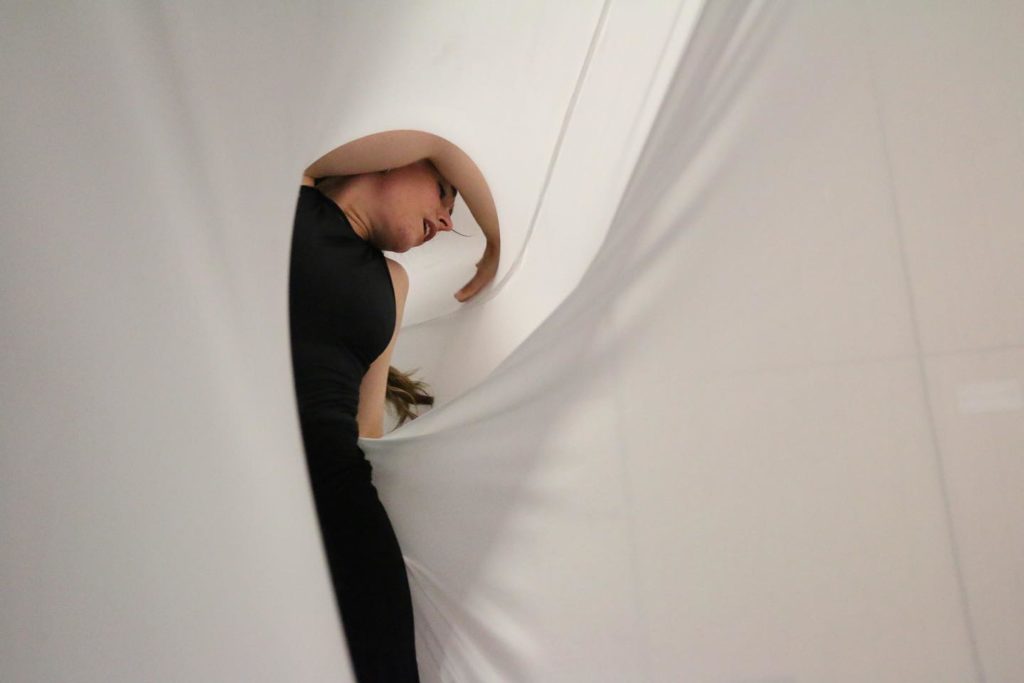 Born in Seville in 1994, the artist Paula Comitre joined the Ballet Flamenco de Andalucía in 2013. In 2017 she made her debut at the tablao Los Gallos in Seville and has also danced at Villa Rosa, Las Carboneras and Casa Patas. In February 2019 she performed her first recital at the Teatro Távora in Seville, and then went on to the Festival Andalou in Saint Jean de Luz (France). She belongs to the companies of David Coria and Rafaela Carrasco. She premiered “Cámara abierta” at the XXIV Festival de Jerez, winning the Revelation Award at the festival. In 2021 he won the Giraldillo Revelación corresponding to the Bienal de Sevilla 2020.

Janiak is a composer, producer, multi-instrumentalist, soloist and sound alchemist based in London. Sabio has been involved with music and art from an early age. In 2005 he obtained his Master’s degree in Classical Percussion and in 2008 he studied music production at the London Centre of Contemporary Music (UK). He has more than 20 years of experience as a composer and session multi-instrumentalist.

Ivan is a spiritual teacher and founder of the School of Consciousness in Spain, Croatia and Slovenia. Thousands of people have benefited directly from his lectures, seminars, articles and consultations on personal and global growth. Ivan uses his rich experience in various fields (management, leadership, arts, NGOs…) to help people boost their professional, personal and artistic lives.

In Progress: A place for flamenco creation. 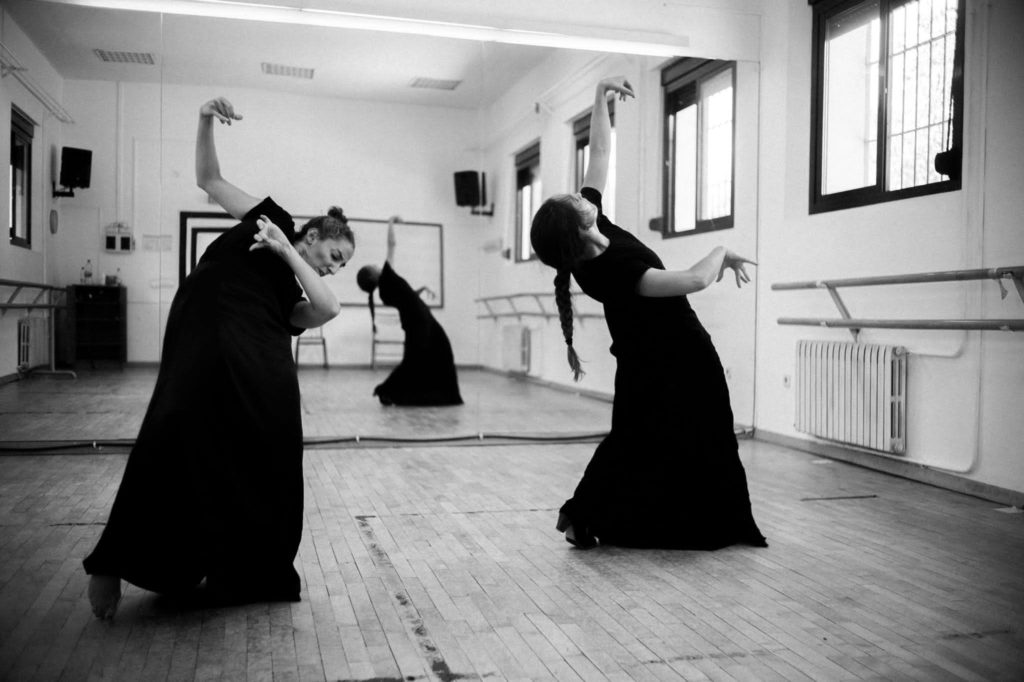 “In Progress” is Flamenco Festival’s programme of artistic residencies and creative laboratories, born out of our interest in generating and offering spaces for research, transmission, experimentation and exhibition for those flamenco artists who are interested in connecting with other ways envisaging art, and expanding their artistic horizons and visions.

These residencies are a journey beyond the frontiers of flamenco understood as geographical and artistic limits, led by artists who are committed to leaving their comfort zone, their territory and embracing other sounds, settings and stages through encounters with artists from different geographies and disciplines.

In “In Progress”, the creative process is more important than the result, leaving room for experimentation without the pressure of having to achieve a show or a finished product. It also aims to provoke the internal and personal reflection of each of the artists in order to express their inner world and thus contribute to their artistic development.