Based on the play Doña Rosita la Soltera by Federico García Lorca.

LA ROSA MUTABILE is an ODE to TRANSFORMATION, impermanence, unbornness and undeath. From the versatility of flamenco language adapted to a current stage language, “La Rosa Mutábile” is a visual, musical and choreographic poem based on the central poem of the play “Doña Rosita la soltera o El lenguaje de las Flores” by Federico García Lorca.

In this fantasy, with echoes of Japanese Noh theater, a couple of botanists study the flower ‘rosa mutábile’, a beautiful specimen that is born and dies on the same day, during which it undergoes extravagant changes. Cia. MUSA has filmed several audiovisual pieces as part of the research process for the creation of La Rosa Mutábile, in which the cast was formed by Sara Jiménez, Nadia González, and Cristian Martín. 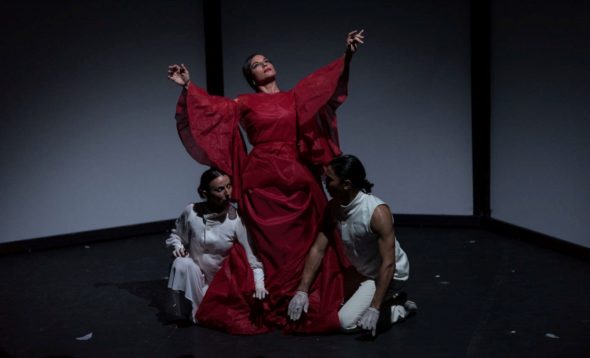 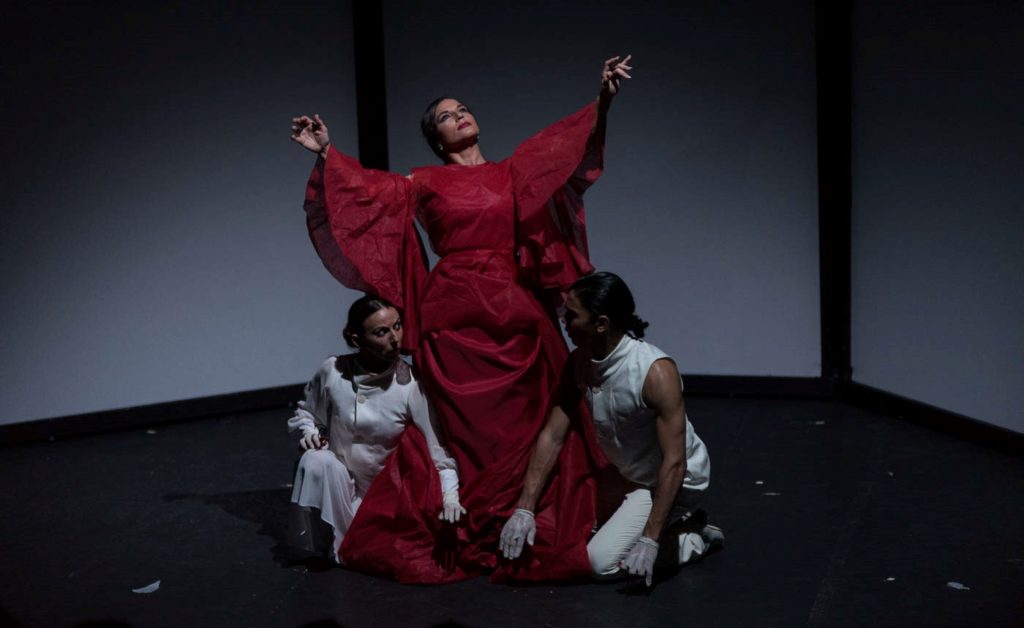 MUSA is a multidisciplinary company that reflects through the synergy between different artistic expressions: dance, plastic arts, theater or music, from the Flamenco matrix. MUSA proposes to develop creative processes around a reflection. These processes are extended long enough to cover a wide and versatile look on this reflection.