“Aurora has a great present and a spectacular future. They have everything to succeed, to make the public enjoy with their art.”– José López Pérez (No Solo Cine)

Barcelona, Spain is a city at the forefront of exciting artistic movements like Catalan rumba and nuevo flamenco. It’s also home to the band Los Aurora. With a name that refers to “the rosy light that immediately precedes the sunrise,” Emerged from the Taller de Musics factory, Los Aurora have conquered in just three years several stages from all over the world. They have performed at festivals and venues worldwide, including Canada, Russia, Korea and many European countries, such as Germany, Poland, Israel and Hungary. Featuring Flamenco star Pere Martínez – a singer known for his audience-pleasing intensity and attitude – along with pianist Max Villavecchia, drummer Joan Carles Marí, bassist Javi Garrabella and noted dancer Jose Manuel Álvarez.  As collaborators, the five have been pursuing an innovative approach to Flamenco, transposing into the associated fields of jazz, rock, rhumba with some of the most popular works by iconic twentieth century Spanish composer Manuel de Falla. Los Aurora was recently entrusted with opening the 25th (2018) edition of Barcelona’s Ciutat Flamenco, one of the most important Flamenco festivals of its kind.

With the support of Institud Ramon Llull and Institut d’estudis balearics. 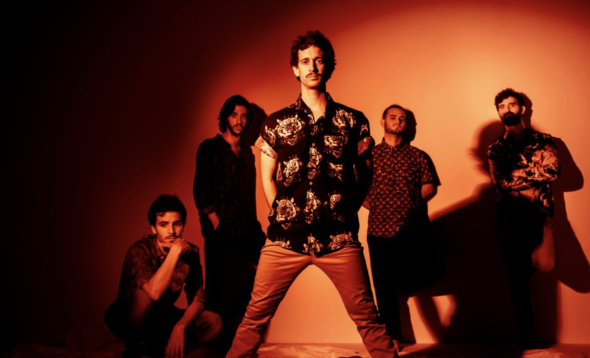