Proceso Eterno is uncompromising, technically exquisite and artistically expressive both in the rapid passages of footwork and the fluid, sustained movements of the arms and torso. Guerrero dances with a drummer, a guitarist and with a singer in duets that become duels, her feet pistols and whips of shattering potency and speed. It is a beautiful and powerful work, made more exquisite by the obvious relish with which Guerrero performs, revelling in her art with emotional exuberance. It is masterful and astonishing. (Esme Mahoney about Guerrero’s Proceso Eterno at Sadler’s Wells. Feb 2019). 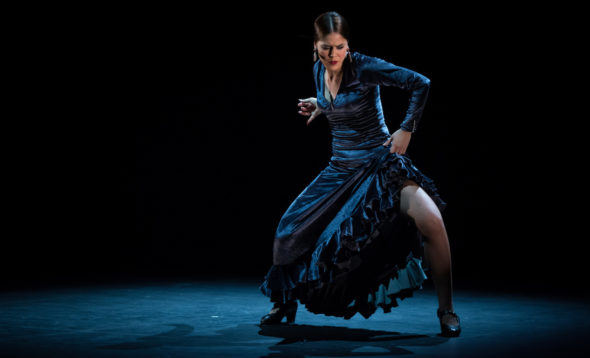 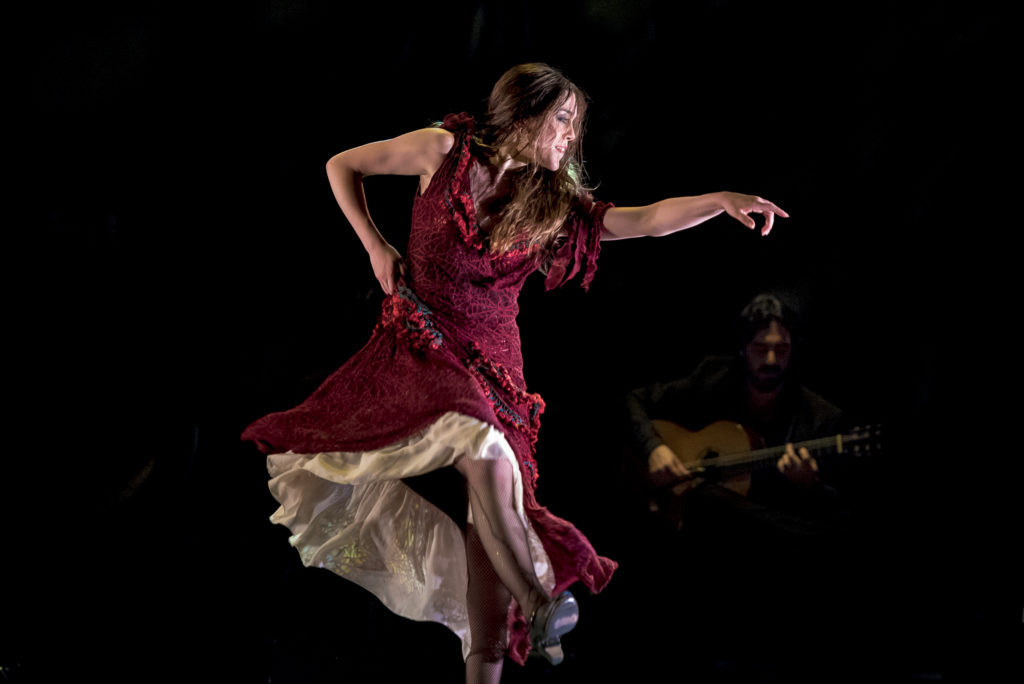 Patricia Guerrero (1990) is currently the biggest flamenco star in the making. Her first three major shows, Catedral, Distopia and Proceso Eterno prove her to be one of the most talented and original dance makers of her generation, in search of a new flamenco dance language. Guerrero’s body is bursting with flamenco, and she uses it to draw the most fabulous geometric figures.