This program brings together three exceptional artists who have been prominent in breaking barriers in music, using elements of various genres in their innovative works. Dorantes, known as ‘the jewel of the flamenco piano,” gracefully combines classical, jazz, Celtic or Brazilian into his melodies, resulting in a rare avant-garde style that has earned him countless international awards and accolades. An extraordinary artist, he was born in Lebrija to a legendary flamenco family and has collaborated with many of flamenco’s leading figures, including Carmen Linares, Marina Heredia and Rocío Molina. Double bass phenomenon and multi- instrumentalist Adam Ben Ezra has brought the double bass out of the shadows to the dominant front-presence it deserves and pioneered a new style of playing. In his engaging performances, he incorporates jazz, Latin and Mediterranean music. Tim Ries, a master of tenor and soprano saxophones, has performed with a who’s who of jazz, world music, rock, and pop icons, including the Rolling Stones. In recent years he has collaborated with flamenco’s Sara Baras and Chano Dominguez, among others. The ensemble will have a very special guest: the dancer Jesús Carmona, who won the First Prize for Dance at the 52nd Festival of ‘Cante de las Minas de la Unión’ in 2012, was the ‘First Featured Dancer’ at the 20th Certamen of Flamenco and Spanish Dance in 2011, and the third prize for choreography at the Nou Barris competition in 2001, among others. 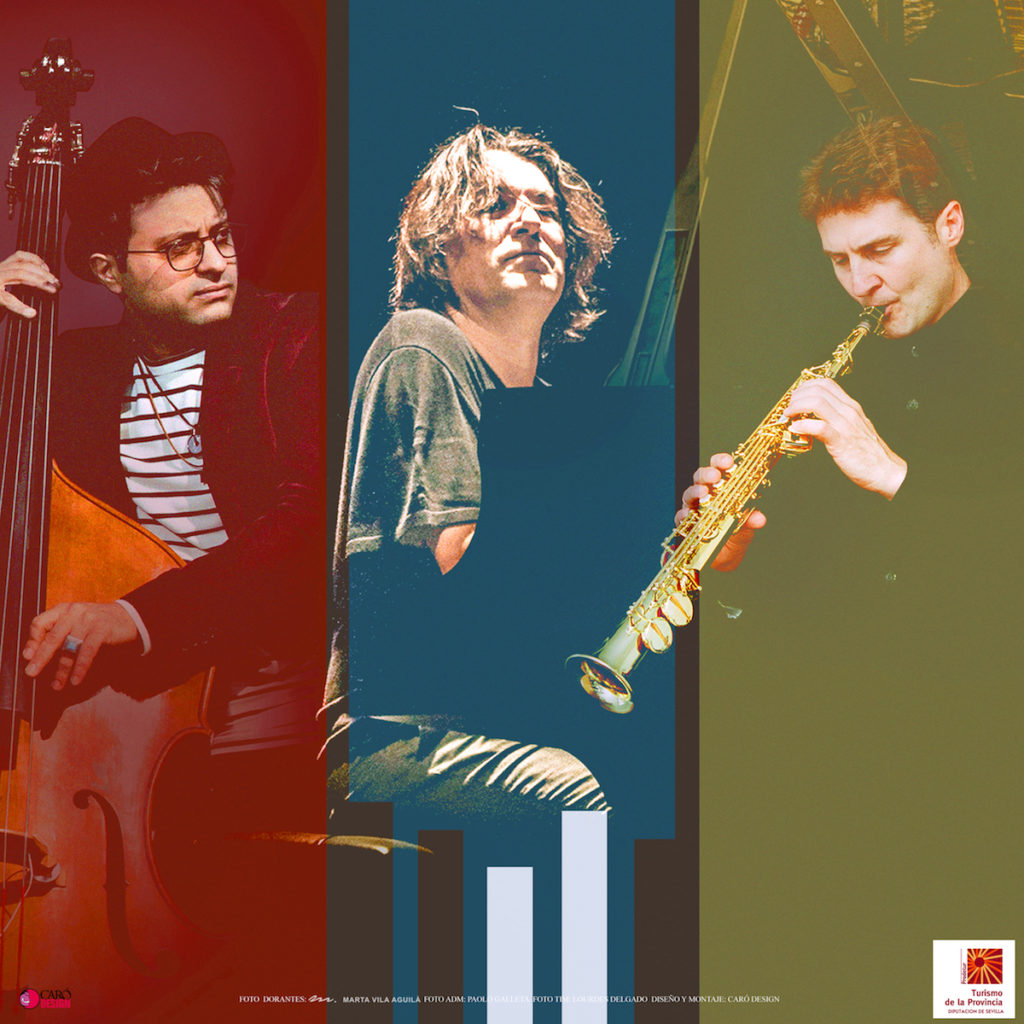 Three great musicians get together for breaking new music barriers.